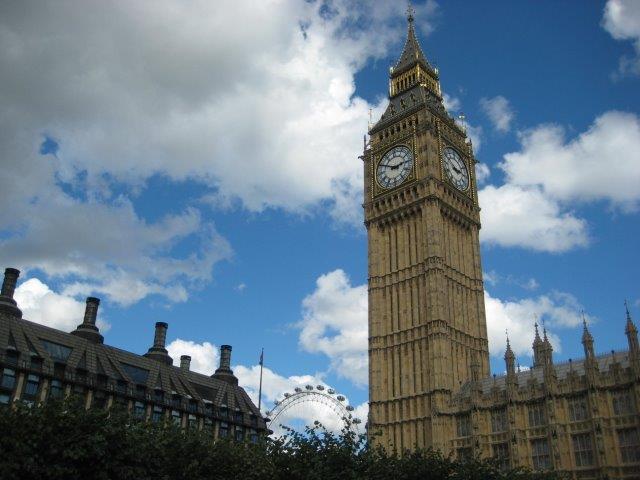 This article first appeared in the April 2016 edition of the Wakefield magazine TopicUK.

As a restaurant reviewer, I’m always prepared to travel in search of that special meal and when the Yorkshire Society provided a rare opportunity to dine at the House of Lords back in February 2016, I needed little convincing. Here is my review of a rather unique evening.

Back in 2013, I took the opportunity to visit the Houses of Parliament, doing the full guided tour offered to members of the public. If you know that in my career as a Civil Servant I made the occasional visit to the building in my official capacity, this might sound surprising but the tour revealed parts of the building to me that I’d never seen before when there on business, so it was well worth the entry fee: the building simply oozes history with parts of it dating back to the eleventh century. The tour also proved fascinating for my partner whose ancestors include one of the stone masons, Timothy Peckett (born in Barnsley in 1819), who helped with the construction of what is the New Palace of Westminster after the fire of 1834 destroyed much of the former palace building. Timothy Peckett was recruited to work on the building because he had experience of working with the Yorkshire Stone from which the New Palace is built.

One thing that I never did when visiting with my work, was to have a meal there so when the Yorkshire Society announced that they would be holding a dinner at the House of Lords, I found it difficult to resist and purchased tickets for my partner and myself.

My tickets duly arrived. Our official host for the evening would be Lord Kamlesh Kumar Patel of Bradford, OBE, one of the Yorkshire Society Vice Presidents, and we were to present ourselves at Black Rod’s Garden Entrance at the House of Lords for 7pm. Train tickets were ordered and a hotel was booked for the evening (talk about pushing the boat out!).

On the day, we travelled down to London and checked in to our hotel before setting out to do some sight-seeing. As luck would have it, by evening, the heavens had opened so we decided on a taxi – a tear-inducing extravagance in London!

It’s not every day that you have to go through airport-style security to gain admission to your dinner but the process was efficiently handled and we soon found ourselves in the Cholmondeley Room in the House of Lords rubbing shoulders with around 120 members and guests of the Yorkshire Society at a drinks reception. Many had travelled down from Yorkshire especially for the dinner (and it was good to count a few members of Wakefield Civic Society in their midst) but some had travelled from elsewhere, including some now resident in London. One particularly recognisable face was BBC Look North presenter, Harry Gration, another of the Yorkshire Society’s several Vice Presidents.

In due course, we were ushered into the Terrace Dining Room which gave commanding views across the River Thames. Seats were pre-allocated and we discovered that we would be in some very good company as we joined a table with Sir Rodney and Lady Walker (Sir Rodney is also a Vice President of the Yorkshire Society), Rod and Sheila Scholes (Rod is Treasurer of the Yorkshire Society), Wakefield business leader Margaret Wood MBE, as well as two people whom we got to know better over dinner – Karen Swainston and Caroline Pullich, both Yorkshire representatives of Barclays Bank.

Speeches were from Lord Patel, Sir David Wootton (the first Bradfordian to be Lord Mayor of London), businessman Ken Wootton (no relation but he and Sir David did both attend Bradford Grammar School), and Keith Madeley, MBE, chairman of the Yorkshire Society.

One of the mains reasons for the dinner was to mark the creation of a Yorkshire Society branch in London which will be chaired by Ken Wootton with Sir David Wootton taking on the role of President. Having a Yorkshire Society branch in London will not only provide a place of sanctuary for homesick Yorkshire folk but will also help to promote the interests of Yorkshire including its business and sporting achievements to a London audience, particularly to decision makers and influencers within government. As Lord Patel explained, if the Northern Powerhouse was to become a reality, there had to be a connection between the region and the Westminster village.

Now, and not forgetting my role here as a restaurant reviewer, I must turn my attention to the meal itself. This consisted of a three-course set meal starting with a double-baked cheese soufflé, followed by loin of venison with all the trimmings and then what was billed as a dark chocolate brûlée for dessert (it was closer to a chocolate mousse in reality – but still very enjoyable). Special diets were, of course, catered for and the vegetarians among us, me included, were presented with vegetable cannelloni. To finish, there was coffee and House of Lords truffles (the latter wrapped in little presentation boxes). Wine accompanied the meal and I’m pleased to report there was no stinting on the measures – which probably helped with the rather relaxed atmosphere and we were all in party mood as we left having had a truly marvellous evening in a splendid setting.

As we emerged into the late evening rain, my partner and I looked at each other and after some conferring, we agreed that we’d walk back to the hotel – no more expensive taxis for us. Well, we are from Yorkshire after all!

While dining at the House of Lords might require a specially organised event or a private invitation, you can enjoy a tour of Parliament and follow it with an afternoon tea on most Saturday afternoons throughout the year. See www.parliament.uk/afternoon-tea for more information.

This site uses Akismet to reduce spam. Learn how your comment data is processed.

You can email me at the following address:

Kevin Trickett is a freelance speaker, flâneur and writer, based in Wakefield, Yorkshire. All content on this website unless otherwise attributed is © Kevin Trickett